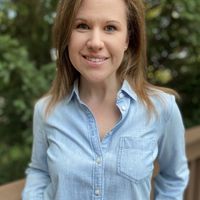 Maria Sabella
Maria Sabella is a freelance writer at The Spruce Crafts and an E-Design consultant and decorator passionate about inspiring and empowering others to create their dream home. She has spent the last six years working in the interior design and staging industries, as well as writing digital content focused on home-related topics.
Learn more about The Spruce Crafts' Editorial Process
Fact checked by
Sarah Scott 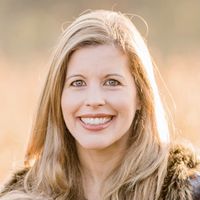 Sarah Scott is a fact-checker and researcher. She studied Music and Art History and has over 16 years of experience verifying and editing publications on subjects pertaining to both fine and performing arts.

Amigurumi is the Japanese craft of crocheting small stuffed toys, such as animals, play food, or dolls.

Amigurumi creations range from cute little animals and colorful dolls to various play foods such as macarons or donuts, and the crocheting technique itself has become increasingly popular all over the world, with countless amigurumi patterns and ready-made toys available for purchase. Keep reading to find out more about this craft's origins and technique, as well as tips and tricks for giving amigurumi a go yourself!

While amigurumi is considered a Japanese craft today, some believe that it actually originated in China, as there are records of small toys being crocheted during the time of one of the earliest ruling dynasties. It wasn't until the early 17th century that the technique came to be used in Japan as a result of trade with the Dutch, who introduced the Japanese to the craft of knitting.

The knitting technique continued to evolve in Japan and started to be used by the samurai to fashion clothing and embellishments. As centuries passed and Japan began changing and industrialization started to take place, the country was flooded with many Westerners who brought their own crafts and knitting techniques with them. In the 20th century, the first crocheted stuffed animal patterns that would be considered amigurumi today began to appear.

In the 1970s and onwards, amigurumi became a key part of the kawaii culture and style. The immensely popular kawaii culture embraces all things cute, from miniature toys to cute and colorful cartoon characters. Since then, the popularity of amigurumi has continued to grow, with handmade stuffed toys sold online and in stores and many people taking up the crafting technique for themselves.

The concept of this crocheting method isn't too difficult to grasp and is simple enough for beginner crafters to start out with. The great thing about amigurumi is that you don't need tons of expensive supplies. All you need to get started are crocheting hooks, yarn, thread, and toy stuffing. There are countless patterns and tutorials that you can purchase, watch, and follow to make starting out easy and fun.

For the most part, unlike regular crocheting, amigurumi generally creates a round form that can then be stuffed and formed into a small toy. The easiest pattern that you can start out with as a beginner is a ball, since you basically crochet a circle (known as the magic circle in crochet terms) for it.

The crocheting technique known as the magic circle is the easiest way to start out if you're an amigurumi beginner. It means that a hole won't form in the center of your circle. Whenever you need to crochet a round form, you can use this method.

Use stitch markers as a reference. They'll ensure that you don't lose your spot and don't have to keep counting over and over again!

Use small crochet hooks to make sure that the stitches are tight, since you will be creating a 3D object that's stuffed and you don't want the stuffing to show or start coming out.

The best type of yarn to use when making amigurumi is either cotton yarn, which will give you clear definition and a nice pattern, or acrylic yarn, which is softer and also less expensive than cotton yarn.

While it may be tempting, try not to overstuff the crocheted toy, as you don't want your stitching to start coming undone, or for the toy to not be soft and easy to play with.

One of the most well known and loved amigurumi patterns is the cat, made popular through the aforementioned kawaii culture in Japan. It's a simple crocheted stuffed cat usually done in one color, and sometimes holding a crocheted item such as an ice cream. Another popular example that is also associated with kawaii culture and style is the amigurumi Hello Kitty toy in its iconic pink dress and matching bow.