About Beading Thread Burners and How to Use One 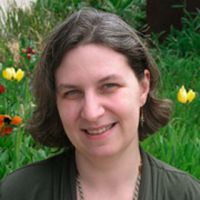 A thread burner is a tool used in beadwork to cut and melt the end of gel-spun (fishing line-type) and nylon beading threads. It allows for the very precise application of heat and replaces the use of a lighter to trim and seal ends.

Thread burners are especially useful for getting the last little bit of thread that may stick out of beads after the end is trimmed with embroidery scissors. They are also useful for burning the thread end next to knots to prevent the knot from loosening or untying.

How to Use a Thread Burner

Thread burners vary slightly from one manufacturer and model to the next. On most models, you push a button to close a battery powered circuit that heats up the tip of the thread burner. The time for the element on the tip to heat up can vary from a few seconds to almost instantly. On some models, the tip may glow bright red, others may be hot without showing any indication. Once the heating element at the tip is hot, you can touch the hot tip to the thread where you want to cut or melt it. Release the button to turn it off.

Thread burners can be purchased at retail craft stores, local bead shops, and online beading suppliers. The cost of a thread burner can vary, starting at about $10 and up. Since most models are very similar in design, check for reviews of the tool you are considering buying to understand how quickly the tool heats up, how long the batteries last and how long the heating elements last before making a purchase.

Buy a Thread Burner at Amazon.com

Why Use a Thread Burner for Beadwork?

Depending on the amount and type of beadwork you do, a thread burner may be a necessity or a luxury. Thread burners are much easier to use to trim thread ends than a lighter because you can control exactly where the heat is applied to your thread. You are far less likely to accidentally burn through the wrong thread with the precise heating element.

When used after a knot, the thread burner forms a small ball on the melted end of the thread that helps prevent the knot from untying. Thread burners make it easy to cut gel-spun or fishing line type of threads such as Fireline and Wildfire that can be difficult to cut cleanly with scissors.