What Is the Best Crochet App?

9 crochet apps that help you craft 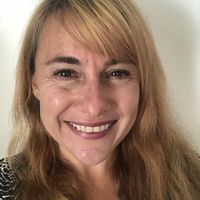 There are at least a couple of dozen crochet apps available for phones and tablets. Are they worth it? Do you need them? What exactly do they do? Which one is the best crochet app? While you don't need them, many of these phone apps can definitely enhance your craft life. Here's a breakdown of the different types of crochet apps that exist along with some suggested apps in each category.

Sometimes it's hard to keep track of where you are as you are working on a project. Which row are you on? Which round did you just complete? Which stitch are you on in the middle of a huge project like a blanket? Stitch counters are the answer to this common problem and in the digital age you can use stitch counter apps. iStitchCounters is an example of this type of crochet app for iPhone. Another choice is Crochet and Knit Counter.

There are phone apps available that assist you in better understanding crochet patterns by serving as a handy reference for the craft. One great example of this kind of phone app is Crochet Decoder, an affordable iPhone app designed to provide you with quick information about crochet abbreviations, symbols, yarn weights and hook sizes.

You can use phone apps to track the projects that you are working on so that you can easily remember where you were in a particular pattern or project whenever you go back to work on it. iStitches is an example of this type of phone app made for Android. It combines the basics of a crochet reference app with a "My Projects" section that lets you track your progress. Another one is Knitting and Crochet Buddy.

Many yarn stores have phone apps that allow you to access a version of their site that's more mobile-friendly. Typically these apps allow you to shop for yarn and/ or create materials lists for shopping, look at their available online patterns, watch instructional craft videos and easily access the store's social networking sites. Lion Brand Yarn and Red Heart are examples of companies that have good phone apps.

There are various social networking sites that are designed specifically for knitters and crocheters and there are phone apps for these sites. Craftsy is a great example of an online community that has a phone app. If you are a member of the site (which is free to join) then you can access your patterns and connect with your Craftsy community through the app. Nimblestix is another good option.

There are a few phone apps available that allow you to create your own crochet designs / patterns using their tools. Crochet Designer 2 helps you create symbol charts for crochet patterns. Blankie - Patchwork Blanket Designer helps with color planning for motif-based blankets.

There are phone apps for most crochet magazines. These apps allow you to preview and download the magazines or get digital subscriptions to some of them. Crochet World, Simply Crochet and Mollie Makes all have iTunes apps.

If you like to play games on your phone and you like to crochet then it can be fun to try the games that are out there that are designed with crochet characters. Woolizoo's Ocean Rescue and Woolski are two examples of such games. Woolizoo has a completely crocheted set filled with bright colors. In Woolski you chase a flying scarf around the game.