What to Buy Crafting Products

A powerful tool for crafting and household repairs 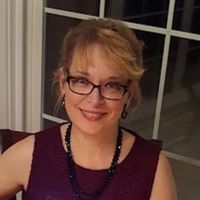 Arricca SanSone
Arricca SanSone is a health and lifestyle writer, specializing in home, shelter, and gardening. She has written for Dotdash since May 2019. Her over 20 years of work experience has been in Family Circle, Good Housekeeping, Goodhousekeeping.com, CountryLiving.com, WomansDay.com, Oprahmag.com, Martha Stewart.com, Parents.com, and many others.
Learn more about The Spruce Crafts' Editorial Process

It’s pricier than many glue guns on the market, but the Surebonder PRO2-220 Heavy Duty Hot Glue Gun’s sturdy and stylish construction makes it practical for everything from crafting to home repairs.

View On Home Depot
In This Article

We purchased a Surebonder PRO2-220 Heavy Duty Hot Glue Gun so our writer could put it to the test. Keep reading for our full product review.

Every household needs at least one hot glue gun for crafting or DIYing. They come in a range of sizes and wattages from around 10 watts for crafts to 200 or more watts for industrial use. I evaluated the Surebonder PRO2-220 Heavy Duty Hot Glue Gun to see whether it’s a good addition to a household tool chest.

Design: Large and in charge

With its sturdy construction, adjustable temperature knob, and stylish design, this feels like the king of glue guns. The glue sticks are fed through the back of the gun and advance effortlessly as you pull the trigger. There’s a stainless steel heater, and a detachable wire stand with a broad base so when you set it down between uses, the gun won’t tip over and burn your fingers or damage your tabletop. It’s by far the sturdiest stand design of the glue guns I’ve tested.

The metal nozzle is covered by a rubber tip that reduces the risk of burns when your fingers are close to the tip for detail work, such as gluing small mosaic pieces to a clay pot.

After plugging in the double insulated grounded cord and flipping the on/off switch, the glue gun heats up in five minutes or less. The easy-to-see toggle switch near the base of the handle lights up bright red, so it was easy for me to see when it’s on or off. It has 220 watts of power and heats to temperatures ranging from 220 to 400 degrees.

Initially, I wasn’t sure if I would need that high of wattage. After all, the cheap $5 craft glue gun I’d been using for years is around 10 watts and has worked just fine for most projects. But it turned out the higher wattage did come in handy for more industrial tasks (see the next section).

Once turned off, it cools down in about 50 minutes and stores neatly in the provided case, which also has room for extra glue sticks and nozzles.

Performance: A glue gun that wows you

At first glance, I assumed this gun was going to be too big and unwieldy for basic crafting. Its hefty appearance made it seem that it would be a better tool for around-the-house repairs, such as gluing together sections of a drawer that had come apart, not making ornaments or wreaths. But looks are deceiving. I ended up being pleasantly surprised by its versatility and ease of use for both crafting and home repairs.

The metal nozzle is covered by a rubber tip that reduces the risk of burns when your fingers are close to the tip for detail work.

The rock-solid feel of this handle, the sturdy stand, and the rubber tip on the metal nozzle made me feel confident and in control. At every temperature setting, I was able to draw a long, razor-straight line of glue without any blobbing or thinning. Small dots of glue were harder to achieve, but there are other specialty nozzles that have a smaller or ribbon-shaped opening; you can purchase these for around $20.

The glue gun bonded materials well at all tested temperatures ranging from 220 degrees to 400 degrees F. The hold was excellent with wood to wood; ceramic to wood; cardboard to cardboard; and even fabric ribbon to make a bow. The only materials that didn’t bond well were ceramic to ceramic. The glue was so thick that I couldn’t get the pieces to join together without a large seam visible; I’ll stick with traditional epoxy for ceramic repairs in the future.

Price: Pricey but worth it

At an MSRP of over $150, this isn’t a cheap glue gun for the kids to use on school projects. But it’s arguably worth the splurge if you craft frequently or like the feel of a solid tool with exceptional performance.

The glue gun bonded materials well at all tested temperatures ranging from 220 degrees to 400 degrees.

The warranty is for 90 days, which is admittedly brief. But the manufacturer provides real live support. When I contacted the company to ask about when to replace nozzles, I got a customer service representative (an actual human!) in their headquarters in Illinois, where these tools are made. She explained I’d know if a nozzle needs replaced if it starts oozing glue or stops feeding, which will depend on how often you use the glue gun or what type of materials you’re bonding.

Note that, although this glue gun takes standard glue sticks measuring .5 or .43 inches in diameter, the manufacturer recommends using its glue sticks for the best results, and these are sold separately for about $5 for a package of 20.

If you’re looking for a less expensive model, there are plenty of other glue guns in the marketplace:

Cobiz 60/100 Watt Glue Gun
This reasonably priced glue gun ($39.99 but often on sale) is a step up from the most basic glue guns, offering two heat levels and better bonding capabilities for home repairs or for crafting with heavier materials such as canvas. However, it doesn’t work as well for smaller tasks or those featuring delicate materials. I tested both and prefer the Surebonder if money isn’t an issue, but the Cobiz is similarly sturdy and will be up to most projects.

CC Better Mini Glue Gun
Though my least favorite of the three I tested, this petite hot glue gun is decent—and at around $10.99, certainly the most budget-friendly. It’s a good choice for the beginner or occasional crafter who won’t use it frequently.

If you’re looking for a glue gun that offers various heat settings and optional nozzles for different applications, the Surebonder PRO2-220 Heavy Duty Hot Glue Gun is the gold standard. It’s expensive, but it’ll be able to handle nearly every task or craft you throw at it.