Most soap recipes carefully balance the soap's cleansing ability with its moisturizing effects. For instance, cleansing can be accomplished by the abundant bubbles of coconut or palm kernel oil, while moisturizing is achieved through combinations of olive oil, shea butter, and more. However, some people with sensitive skin might find soap with strong cleansing power irritating and must choose a more moisturizing soap, such as Bastille soap.

This Bastille bar soap recipe contains roughly 70% olive oil (as well as roughly 10% shea butter for an added moisture boost), but it still mildly cleanses thanks to the low amounts of coconut and castor oils in it. The steps to make it are fairly quick and easy to follow. Then, the soap bars need four to six weeks of curing to harden. But after that, this mild soap is a great treat for your skin, and the bars make wonderful homemade gifts as well.

Make Your Own Soap With This Basic 4-Oil Soap Recipe 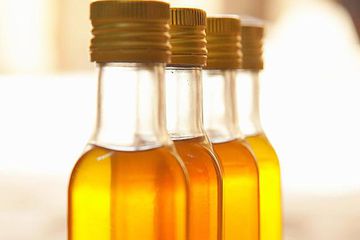