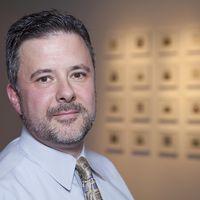 If you've ever made soap, you probably have encountered what's referred to as "seize" at one time or another. The chemical reaction (saponification) between the lye and the oils you are mixing has fast-forwarded/overreacted itself into a big, thick mess. In a "light seize," the mix just gets thick quickly and you have to work fast. In a "super seize," it goes from liquid to glob in a matter of seconds.

Using alcohol as the liquid when making soap can also cause seize.

First and foremost, try to prevent it from happening. Buy your fragrance oils from reputable vendors. Many will tell you on their websites if a fragrance is "prone to cause acceleration." That's the nice way of saying "watch out for seizing." If you have a fragrance oil that is prone to seizing, try to minimize it by doing the following:

If you've done everything above and your soap still turns out as a glob of dough in your pot, don't panic. There are a few things you can do to save the batch: