What to Buy Books & Games

The 11 Best Playing Cards for Poker and More 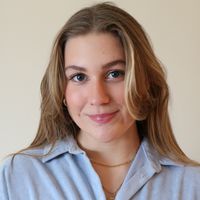 Julia is the Assistant Editor at The Spruce, covering all things toys, gifts, and holiday.

Whether you're a serious poker player, host regular game nights, like to play solitaire once in a while, participate in the occasional drinking game, or are trying to fine-tune a few magic tricks, you should have at least one quality deck of cards in your arsenal. Playing cards take up hardly any space, they're easy to take on the road, and there are nearly endless things you can do with them.

Even if you're not big on games or card tricks, it's nice to have a deck on hand in case the occasion arises. For some, it's about the material—water resistance, thickness, ease of shuffling, or overall feel. For others, design is of the essence, whether it's the artwork, text, or dimensions. And in many cases, a set of two decks is ideal.

The intended use of your deck of cards is key, according to William Kalush, executive director of Expert Playing Cards. Poker players or magicians may need a higher quality deck than recreational players of Go Fish.

Without further ado, here are the best playing cards you can buy today. 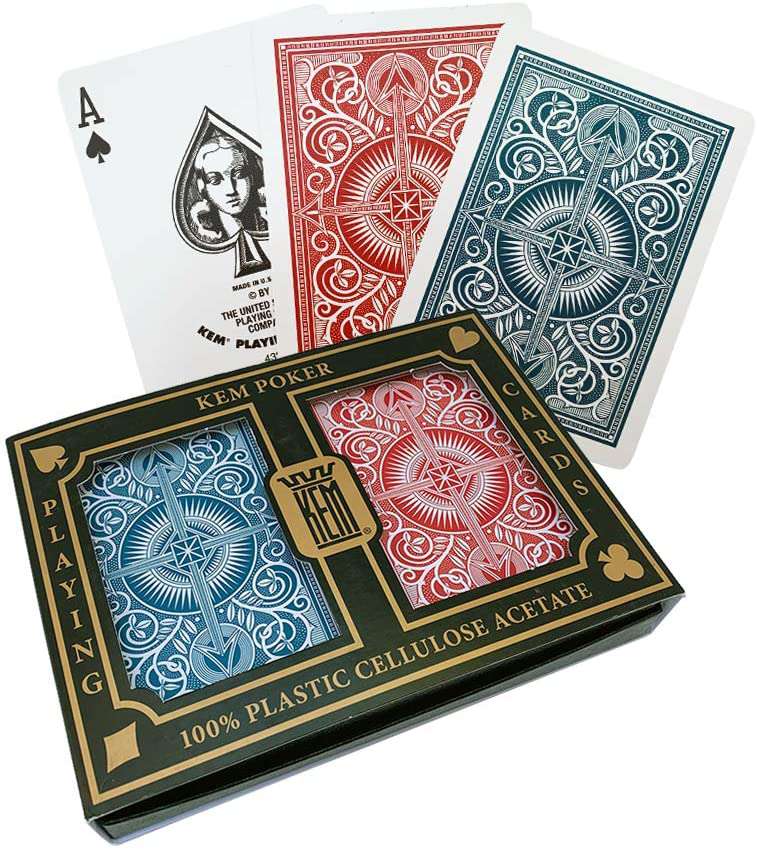 A gold standard in casinos and poker tournaments, KEM is known for making the best playing cards in the industry. The brand's signature Arrow standard-size deck comes in a sturdy two-pack box. Each card is made of 100 percent cellulose acetate, a naturally sourced plastic (aka bioplastic).

The material is ultra-strong yet flexible and resistant to cracks, tears, and scuffs. Not only that, but these cards are conveniently washable. You can rinse them off in the sink or wipe them down if they get a little sticky or grimy during a boisterous card game. 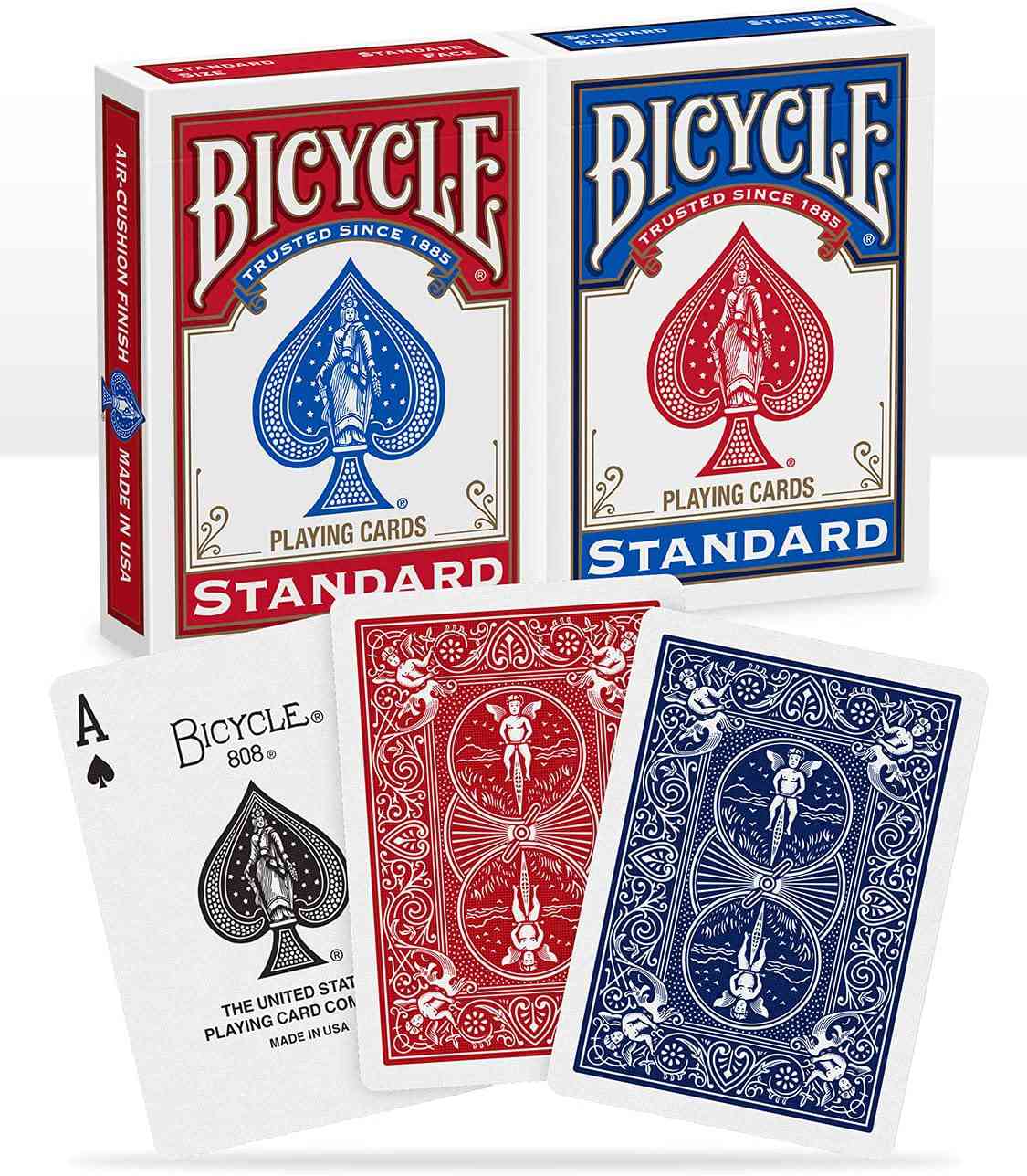 Bicycle is arguably the most well-known brand of playing cards—and not just because they're budget-friendly. Featuring the iconic winged bicyclist design, these classic paper cards have a nice texture and are easy to shuffle. We also like that they come in packs of two decks, one red and one blue. 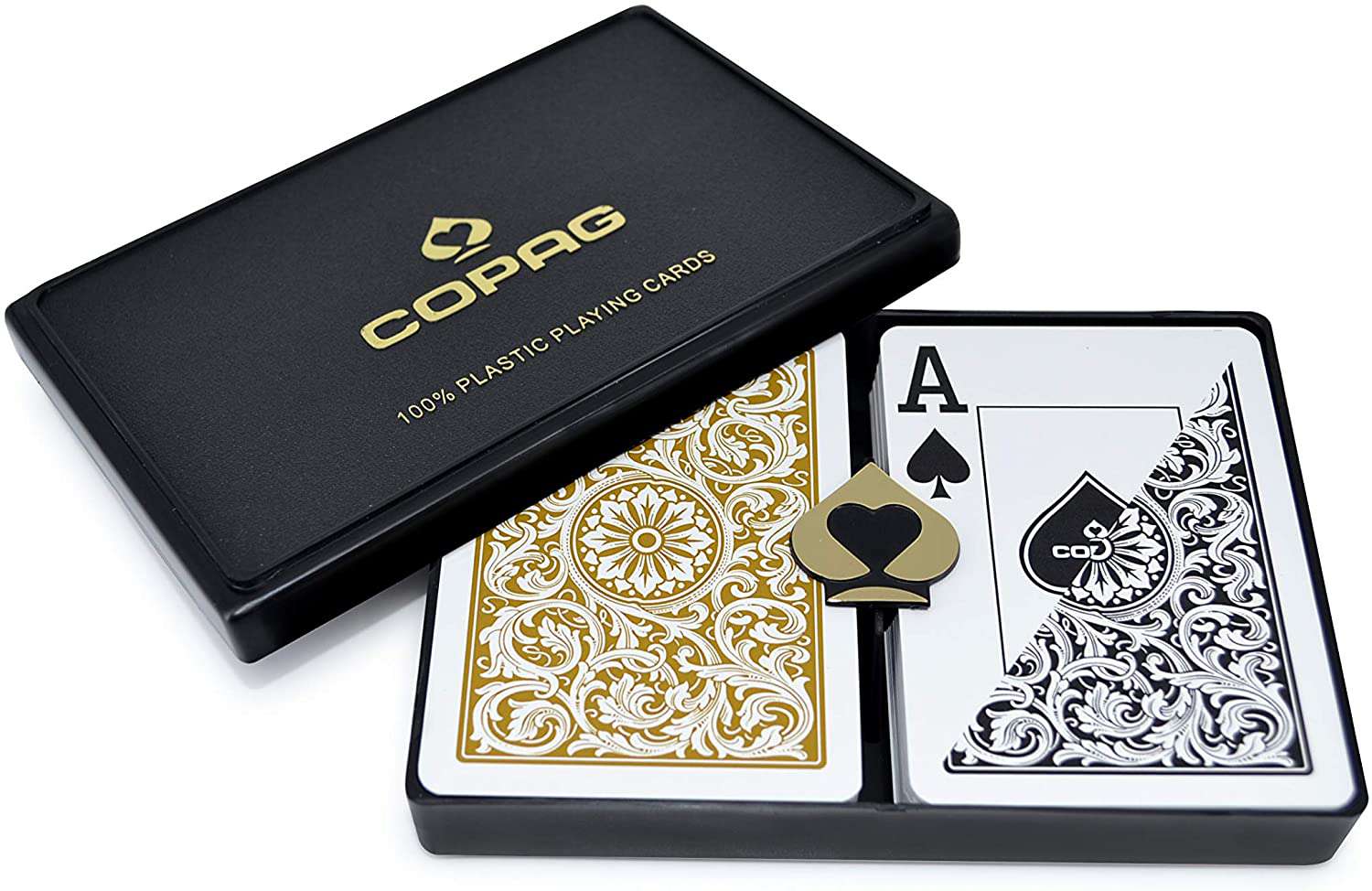 Made of extra-durable thermoplastic (aka polyvinyl chloride or PVC), Copag's 1546 Playing Cards are sturdy, water-resistant, and easy to clean. If you think this means they won't shuffle as easily as paper decks, think again. The surprisingly flexible material boasts smooth-as-butter shuffling without losing its shape. 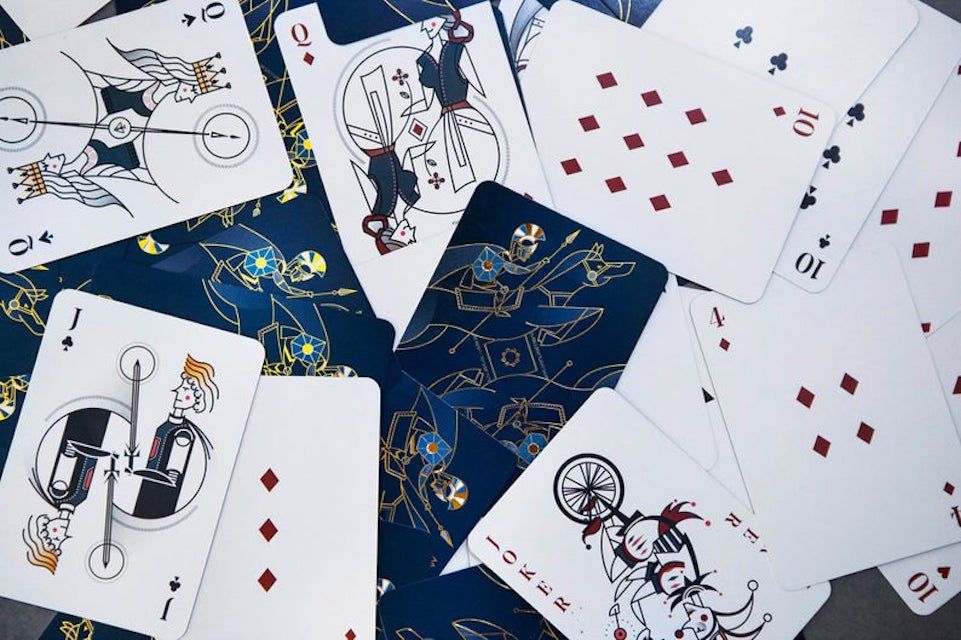 If you're drawn to cards with unique graphics, we think you'll love the Art Deco deck from the Etsy shop TTCamazingcrafts. The backs of these paper playing cards flaunt a chic, luxurious gold-pressed design, and the fronts feature historical figures. With a thoughtful, handmade aesthetic, they're perfect for a gift or tossing in your bag for on-the-go games. 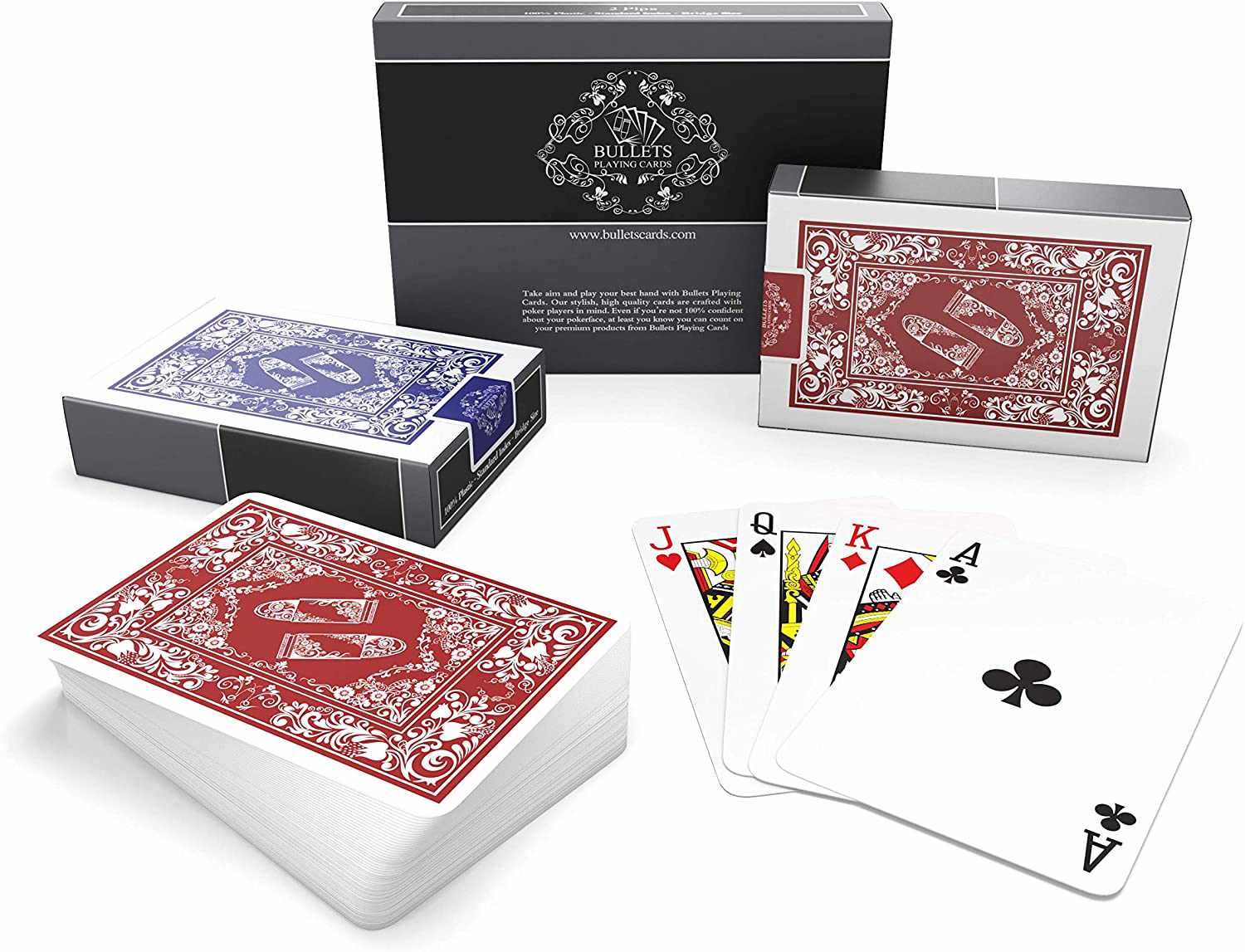 This dual pack of Bullets Playing Cards is ideal for two-person card games. Each standard-size deck has 52 cards, plus two jokers, so you can play games like slapjack, speed, double solitaire, blackjack, or gin rummy. Made of 100 percent plastic, we also appreciate that they're waterproof, washable, and long-lasting. 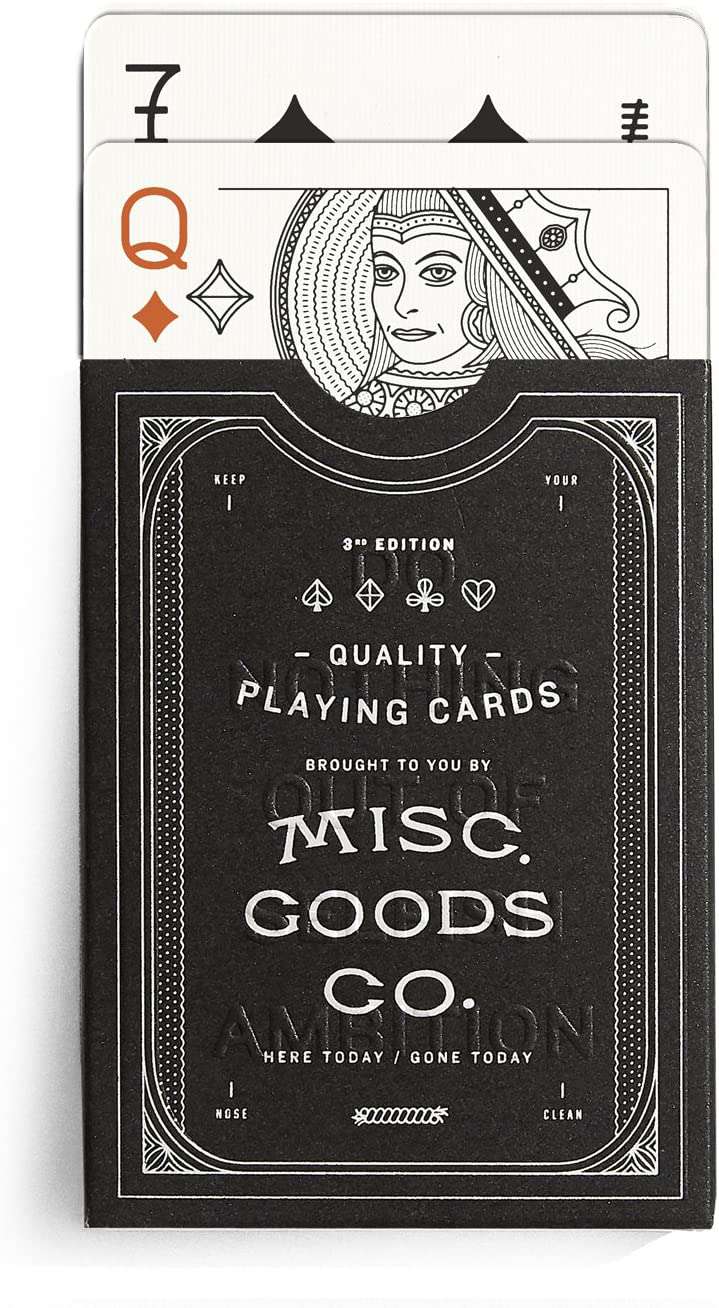 What began as a highly successful Kickstarter campaign in 2012 is now a widely beloved deck of luxury cards. Misc. Goods Co.'s Quality Playing Cards are made of sturdy cardstock with gorgeously detailed illustrations on the fronts and metallic pressed foil on the backs. We also like that they come in a range of cool colors, including black, ivory, marigold, and sandstone. 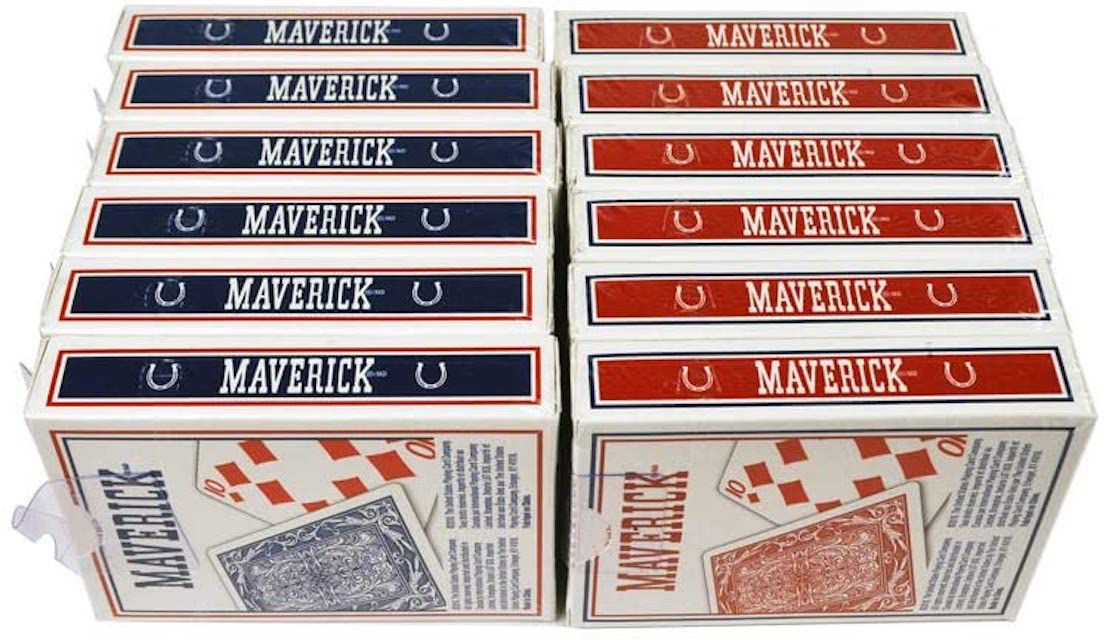 If you play a lot of poker, you're wise to keep several decks of cards on hand. That's why we recommend this wallet-friendly 12-pack from Maverick. Each standard-size deck comes with 52 cards and two jokers, all made of paper with a water-resistant plastic coating. We also like that the traditional red and blue designs lend to a classic, no-nonsense appeal. 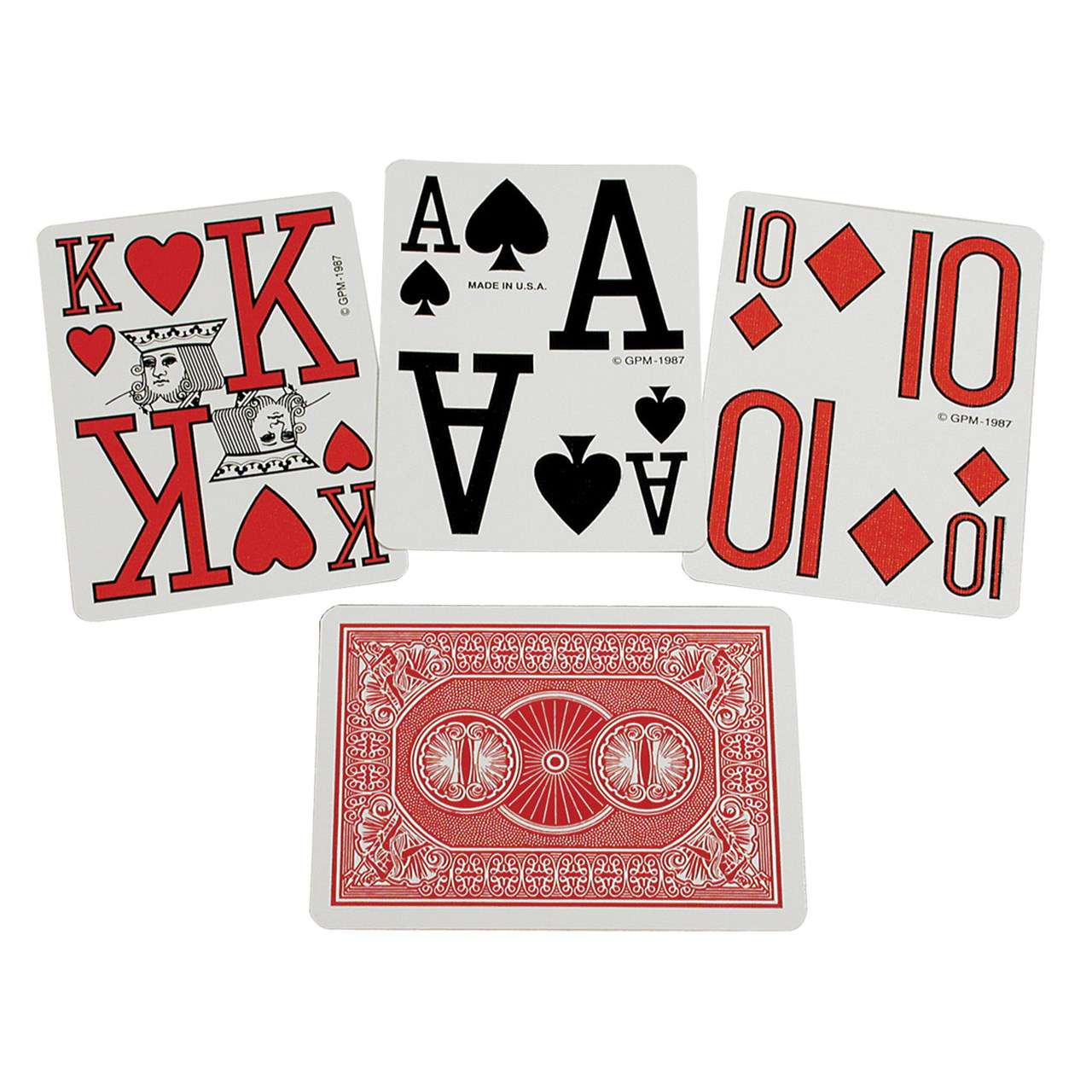 Marinoff Large Print Playing Cards are ideal for kids, seniors, and anyone else who may have trouble reading smaller numbers. The sizable text is 1.5 inches tall, and the graphics are bold for easy recognition. We also appreciate that the cards are made of durable, washable plastic. 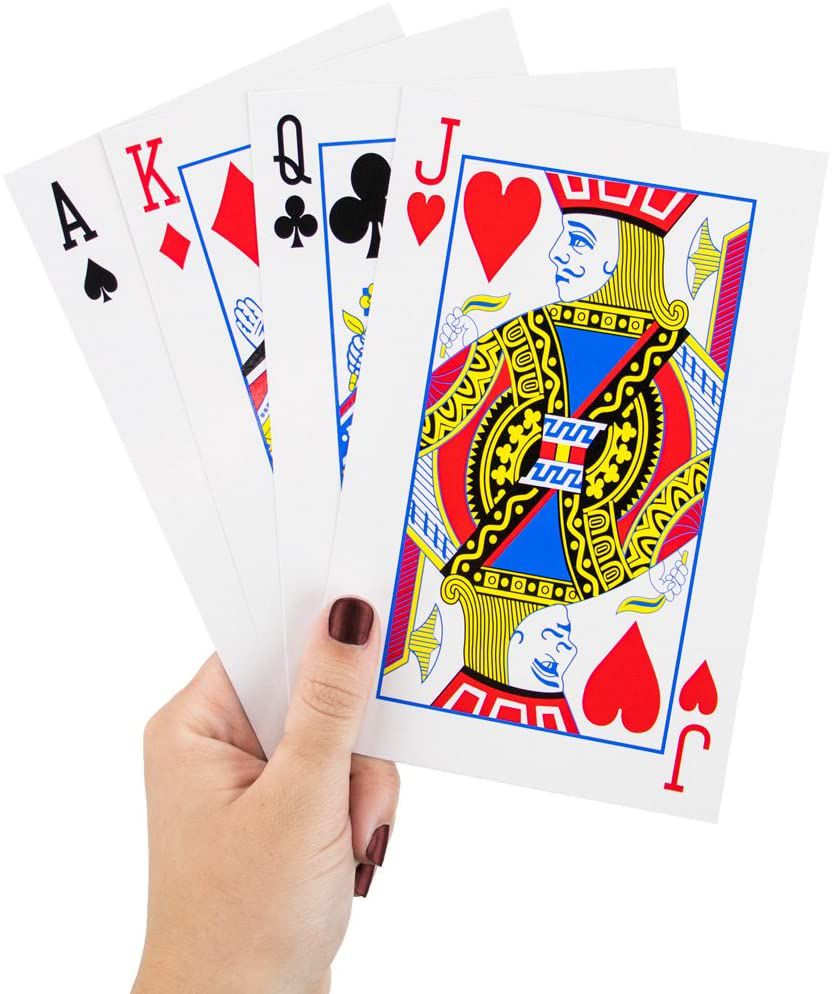 Measuring 7 x 4.5 inches, these jumbo playing cards are twice as big as a standard-size deck. While they're not ideal for poker and are a little tricky to shuffle, they're sure to be a hit at your next family game night. The playful, almost comical size is also great for a coffee table or even decoration for a themed party. 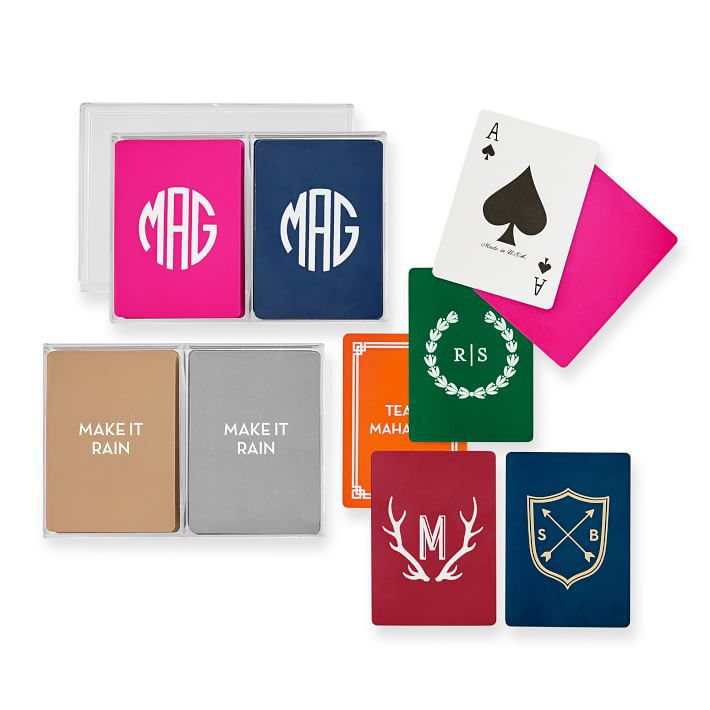 If you're gifting playing cards, you should definitely check out this set from Mark & Graham. You can choose from five color combinations and opt for a foil-stamped monogram or custom text on the backs. The pack is housed in a durable acrylic case and comes with two decks, each made of high-quality cardstock. 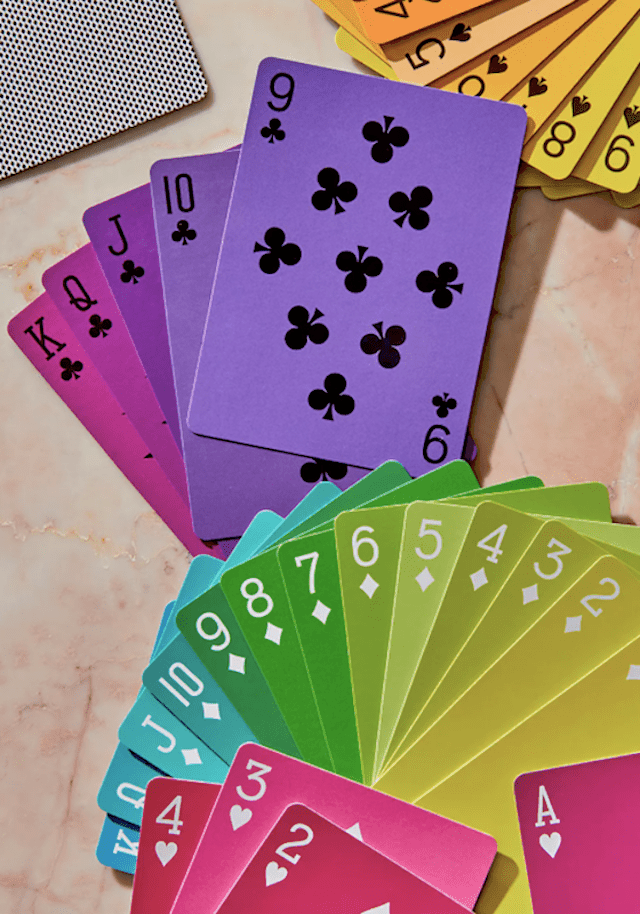 If you're shopping for a kid, we suggest this charming deck from the Brooklyn-based design studio Fredericks & Mae. The fronts of the cards feature a brilliant rainbow-colored sequence with legible white and black lettering. While the paper won't stand up to moisture damage as well as a plastic deck, this is a great starter set for kiddos.

What to Look For in a Deck of Playing Cards

Traditionally, cards have been made of cardstock or another type of flexible yet sturdy paper. Paper is prone to moisture damage, but some options are coated with a water-resistant plastic film.

Nowadays, you'll also find lots of plastic playing cards, which might be noted as PVC (polyvinyl chloride), thermoplastic, or cellulose acetate in the product description. Plastic decks are typically washable and long-lasting, though they don't always shuffle as easily as paper.

"Plastic cards tend to be at least twice as expensive as plastic-coated cards," notes Mike Kilbert owner of The Compleat Strategist in New York City. As the decks become higher quality, the price will increase.

Kalush recommends spending between $5-10 for a quality deck of cards. He mentions, however, that this can greatly increase for collectors who are willing to spend more money to add to their stash.

A standard deck of playing cards includes 52 cards, sometimes with the addition of one or two jokers. This is enough for solitaire and some multiplayer games, but many card games call for two decks. Fortunately for this reason, lots of sets come with two decks.


"You want the faces of the cards to be readable," reminds Kalush. Cheaper decks may fade more quickly, making it difficult to differentiate between the numbers or suits.

If you're playing with kids, seniors, or anyone with vision issues, you may want to get a deck with large text. "If your deck is for children, you should probably choose the least expensive deck you can find," says Kilbert. They will probably either lose some of the cards or they will nick the corners or spill drinks on them. Generally, think of the deck as a one-time use for the younger set."

Recreational cards players can opt for a slightly less expensive and lower quality set for everyday use. Casinos, poker players, and magicians who may be using their decks more often look for ones that won't fade quickly and are thick and durable. "If you're a magician, you want the cards to be very high quality with excellent edges to shuffle easily," says Kalush.

Why Trust The Spruce?

This article was written by Julia Fields, a lifestyle writer for The Spruce and The Spruce Crafts, covering all things surrounding toys, gifts, crafts, and the holidays. She's also covered similar topics in other roles, including toy reviews, product roundups, expert-focused articles, and more.